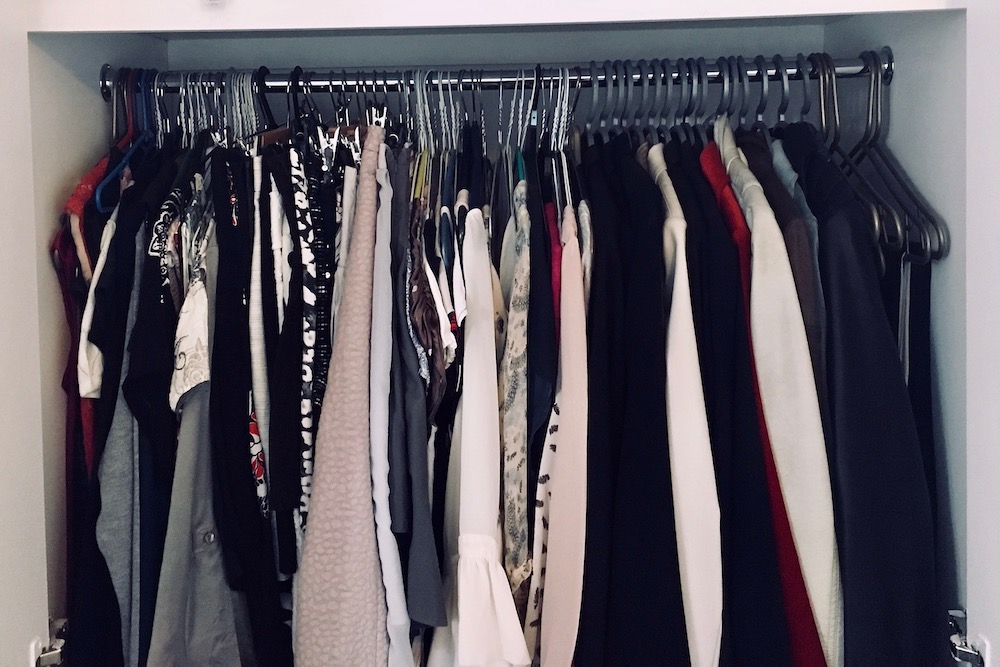 A couple of months ago, in the spirit of the New Year being an opportunity to make some changes, I joined a group dedicated to de-cluttering your home.  As with most things, I’ve thrown myself wholeheartedly into it and cleared out huge amounts of “stuff” that was cluttering up our cupboards and preventing me from putting away things that were lying around in various rooms because there was no space to store them.

Before I started this, I hadn’t actually realised how much pain and stress I had been feeling just by owning so many of those items and it made me wonder what had been behind those feelings.  What were my thoughts about those inanimate objects that could cause me to feel physical discomfort when I thought about letting them go?

As I delved a bit deeper, I realised that I had been holding onto some things through guilt – particularly gifts that I’d been given and items that had belonged to deceased family members.  The feelings were particularly strong if I knew that the people who had given me the items struggled financially and that it may have added to their hardship to spend the money on me.

Of course, I don’t actually know that to be true – those were just the thoughts in my head and I was obviously indulging in a bit of mindreading.

I realised it was also linked to some of the attitudes I learned whilst growing up in a family that didn’t have much to spare once we were fed, clothed and the bills paid so I was also projecting a bit of that background onto those “things” and the people I got them from.

The point is, it wasn’t real – it was all just my thoughts!

What I began to find during the process of clearing out was that the more stuff I let go, the better I began to feel and the easier it became.  Lots of the items were given away free, some were sold and some were donated to charity shops. Other things went straight in the bin because they were no longer useful (single chopstick anyone?).  There were many items that carried fond memories for me too, but I had no use for the thing itself and for these I found it helpful to take a photograph so that I could look at the picture to remind me of that person or event and then let the item go for someone else to enjoy.  Keep the memory, ditch the pain became my mantra!

So often our thoughts and beliefs about ourselves are just like those belongings that I had kept; they’re of no real use to us but we keep them around anyway.  One of the many things I love about NLP is that it helps us to open up those cupboards in our minds, clear the shelves and only put back the stuff that we really want to keep.  It also helps us to make space on the shelves for new, more resourceful thought patterns that will help us to move forward instead of keeping us rooted in the past.

I’m curious about what’s cluttering up the space in your mind-cupboards too.  What unhelpful beliefs are holding you back and keeping you rooted in the past instead of letting you spread your wings and soar into your future?  Is there an area in your mind that’s like the “cupboard of doom” where you don’t want to open the door because the entire contents are likely to bury you under an emotional avalanche?  Are there tins and packets in there that expired in 2003 but you’re still holding onto them because you don’t know how to let go?

In NLP we have so many ways to help you to resolve those inner conflicts, clear out those limiting beliefs and keep the good memories whilst letting go of the burdens that are keeping you tethered where you are now.  Just imagine what that will be like.

When you decide you’re ready to de-clutter those mind cupboards I’ll be ready to get the Marigolds on, bring out the Mr Muscle and the rubbish bags and get stuck in alongside you.

Confidence – what it really is and how to build it.